The definitive guide to interview shadowing 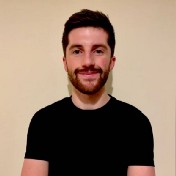 If you’re looking to build, expand or improve your in-house interviewing capabilities - shadowing is a must.

You may already be using interview shadowing without knowing it. Whatever your experience level, this guide will help you to understand why shadowing is useful, get the most out of it, and implement it in entirely new ways.

What is interview shadowing?

Interviews conducted by more than one person will normally have a lead interviewer – the person who kicks off the interview and drives the conversation. They’d typically give an overview of the interview format, role and company, ask the majority of questions, and decide when to dig deeper and when to move on.

Shadowing is simply attending an interview where you are not the lead. There are two kinds:

What is shadowing good for?

There are a few common situations where interview shadowing can be employed.
‍

A little while after this, you may even then find yourself being shadowed by, or reverse shadowing the next new interviewer in your team to help them onboard quickly.

Once new interviewers are onboarded, reverse shadowing is a great way to ensure they still have a safety net – some interviewers may want or need more shadowed interviews before they feel comfortable going it alone.
‍

Broadening the bandwidth of a talent funnel

Where’s your hiring bottleneck? If you’re sourcing plenty of good candidates, but are struggling to schedule interviews because you only have a handful of busy senior people who can run them,  you need to add more interviewers. Shadowing is a great way to do this quickly - with a small amount of time investment, you can upskill existing team members and have them leading interviews in no time.
‍

Having lots of new interviewers on board is great – but they are new after all – so you need to take steps to ensure you maintain a high interview quality bar. If left unchecked, falling interview quality can lead to costly bad hiring decisions, candidates dropping out due to bad interview experiences, and reputational damage.

Spending some time reverse shadowing each of your interviewers from time to time is a great way to keep that bar high. Implementing a round-robin system to pair more experienced interviewers with less can prevent any mistakes and ensure bad habits are picked up before they become a real problem. This could be a good time to try Virtual Shadowing - more on that below.
‍

If you’ve identified any interviewers that need a bit more help to get up to speed, the best way to train them is by reverse shadowing them, or having them shadow you, on real interviews. You can interview together, make notes of areas for improvement or highlights, and talk through them straight after. Compared to ad-hoc, more formal training courses, this kind of learning is much more likely to stick the next time they run an interview solo.
‍

What are the trade-offs?

Having two people on an interview instead of one doubles the amount of time your team is spending – plus any extra time to review, debrief, and coach or train less experienced interviewers. That said, this up-front investment should pay for itself easily in the long run as you increase your interviewing bandwidth, give a better candidate experience, and make the right hiring decision more often.

Even so, if the time investment is a big problem for you or your team right now, this is another area where Virtual Shadowing could help – more on that later in the post.
‍

Additional stress on the candidate

Each additional person attending an interview adds more pressure to an already stressful situation for candidates. You may want to keep certain types of interview, for example an initial screening, lightweight in order for the candidate to get off to a good start, warm to your company and know what to expect going forward. However, if you introduce any shadowers in the right way (see our tips below), you’ll likely find that the investment you’re making into candidate experience overall by coaching less experienced interviewers will outweigh any stress caused by multiple participants.

Taking a step back for a second – if the purpose of interview shadowing is to train your interviewers and improve the quality of your interviews, we should first examine what a good interviewer looks like.

With that in mind, let’s take a look at ways to get the most out of the time spent if you put shadowing into practice yourself.
‍

With many interviews across the company, it becomes easy for people’s expectations of candidates to drift.

Having qualified interviewers reverse shadow each other can help to ensure interviewers are calibrated, improve interview technique, and agree on what they are looking for in candidates.

It can be tempting to keep interviewers siloed to a department. After all, they are most adept at qualifying skills within their domain.

There are however a number of benefits to allowing cross-department shadowing:

Virtual shadowing is utilising a recording of an interview (e.g. from Zoom, Google Meet, or Evidenced of course!) to allow the shadow process to take place asynchronously.

Virtual shadowing has a number of benefits:

For this last benefit, you can of course do both – shadow the interview live, then use the recording to help with debrief and any coaching.

As a final note – if you’re part of a large organisation and you’d like to improve your interviews but you’re daunted by the prospect – let’s take a look at where you might start.

One approach to calibration used at Amazon is the concept of a “bar raiser”. You can think of bar raisers as a selection of employees who have conducted a substantial number of interviews and have shown adept skills in doing so. They are well-calibrated, practised in technique and have a deep understanding of what the company is looking for in new talent.

Unless your organisation is substantially large you are unlikely to need bar-raisers, but if you are looking to transform interviewing across a large number of interviewers, focussing your energy by implementing shadowing within a small group of seasoned interviewers can allow for simpler calibration, ahead of utilising this group to further train and calibrate interviews.

Interview Shadowing is easy with Evidenced

As well as live shadowing with bookmarks for teachable moments, we enable virtual shadowing, cross-functionally, with multiple shadows.